Nostalgia: a sentimentality for the past, typically for a period or place with happy personal associations.

Upon getting married, I fully expected to experience that short stretch of time known as the honeymoon phase. A time when you are so happy to be together that nothing else really matters or concerns you. We didn't even have a trace of the honeymoon phase after getting married. We had too many other things to deal with, and life was very difficult for us. During this time, Owen turned to childhood nostalgia as a means of alleviating the daily stress.

I felt so saddened by my new husband's yearning for a time that didn't include me. Rather than excitement for our new life together, he desired to turn to the past. I know better now that this didn't have to do with me so much as our being thrust into adult life, and with the added responsibility of caring for an extra person. As much as our society has progressed past traditional roles, many married men still feel the pressure to provide necessities as well as luxuries for their wives and children, sending many men yearning for Rosebud*.

The term Nostalgia, coined in the 1600's, was first used as a medical condition for people, often soldiers or sailers, who were so homesick that they lost their senses. In modern times nostalgia has developed a more positive connotation as suggested by the dictionary definition above. Now, nostalgia is often viewed as an enjoyable way to recount the past with friends and family.

According to recent research on nostalgia, New York Times: What is Nostalgia Good For?, it can help people feel more connected to their communities and their loved ones and can make life feel more worthwhile. At its best nostalgia isn't a yearning or a comparison to a less happy present, but a time of reflection. 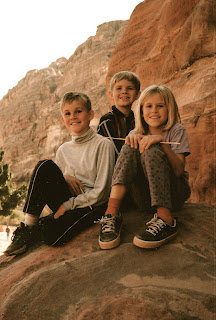 I find that when Owen and I can share in nostalgia, such as in comparing childhood stories or recounting happy memories from the beginning of our relationship we feel closer to one another and happier to be together. 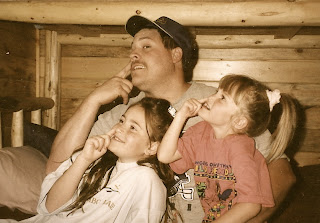 For my birthday this week, Owen (not a morning person) woke up at 7:15 to light the charcoal grill. We cooked french toast and bacon over the fire, and nestled a foil bowl of strawberries and peaches under the grate. My sister found a tablecloth and set the table with pretty glass.

The food tasted so good that I found myself eating it very quickly. At some point I realized what I was missing in my haste-- I stopped eating and looked at my family and looked at the beautiful food. I breathed the image in and stored it in a place in my mind that I could look back to it years from now for future nostalgia.

*In the film Citizen Kane, Charles Foster Kane, a rich and successful businessman with two failed marriages, dies alone in his mansion uttering the words "Rosebud." Journalist Jerry Thompson spends the rest of the film trying to understand Citizen Kane's personal life and the significance of Rosebud. In the end of the film, viewers learn that Rosebud refers to his childhood sled, a symbol of the happiest, most free time of his life.
Posted by Summer (and Owen) at 3:08 PM