When the stress of Owen's school semester ended in mid December he returned to himself, which allowed me to return to myself and us to each other. I half expected us to have some sort of resentment or frustration with each other left over from the arguments that surfaced at the peak of the stress. So often those words that come out when everything feels like its falling apart last long after the world repairs itself.

Yet, instead of resentment we found joy. We found comfort and acceptance of all that passed and excitement to move into the future anew. I felt lucky. Stress and anxiety had so taken my mind in the months preceding Christmas that I'm positive that I responded to Owen with undue frustration on more than one occasion. I know that in the midst of it all he put too much weight on my shoulders. In other words, we were more crappy to each other than we had ever been before.

So I've been asking myself how we escaped unscathed. How did we come out of it still liking each other? My hypothesis is that we hold a few overarching philosophies that served us well, and may be of use to other couples facing the potential hazards of stress.

One thing that Owen learned about me from watching me interact with my family is that when I feel very stressed it negatively affects how I treat everyone around me. I just want everyone to leave me alone, and if people try to help me they're more likely to get their heads bitten off than a thank you.

Owen, when under stress, yearns for care and compassion from those around him. Owen also has a passive thing going on, so instead of asking for what he wants he will sometimes try to elicit it by acting mopey.  You can see how it would be difficult for us during those times when we both feel stressed: the last thing I want to do when I'm stressed is be patient and caring for someone who's acting mopey as a ploy to get my attention.

In those moments when I am cranky and Owen is mopey we're not different from any other couple who is fighting. I don't think that we're more careful or sensitive to each other. But we can distinguish each others' flaws from our own. Owen knows not to take my crankiness personally. I know that I'm not at fault when Owen feels mopey.

2. We're careful not to place or take blame.

How can anyone accurately place blame when a million factors go into every scenario? No one can! Blame has no use, and only encourages grudges, resentment, and shame. It is our philosophy that life is difficult, that people have trials and make mistakes, and that it is okay.

This may sound like the opposite of typical relationship advice, but I feel that people should be careful of giving undue apologies. Owen often tells me that he is sorry for doing something that he couldn't help doing, couldn't know would hurt me, or occurred by accident. By apologizing he takes blame onto himself, which makes him feel ashamed, and when he is ashamed he withdraws from me. I propose that we should own our mistakes, and accept each others' without requiring apology.

Though I do want to be careful here. Note that I say people should be careful of giving "undue apologies," because there are certainly times when apologies are due. These are the times when we act selfishly leading to the other's harm. Yet even in these situations, placing any sort of enduring blame will destroy a relationship.

3. We're secure in the mutual understanding that we love each other and want to be together.

If you are spending time worried that your partner's responses to stress, be it crankiness, mopiness, or otherwise, indicate that he or she doesn't love you anymore, then one or both of you may have an insecure attachment style. Owen and I found this quiz helpful for understanding the sources of anxiety within our relationship: Attachment Styles.

People with an anxious attachment style may have past experiences that lead them to irrationally fear that their partners will leave them, though they actually have healthy romantic relationships. Awareness of your own attachment style may help you understand if you are someone who has this tendency.

When life gets stressful you need to have faith in each other's love. If you allow a mistaken fear that your partner doesn't love you seep into your life, you may ruin a good thing. On the other hand, be sure to make that effort to show your partners how much you love them, especially when life is stressful!

Sometimes Owen and I just pause and say, "You're awful and I love you." It diffuses frustration and reminds us of the importance of accepting each other. Stress is temporary, and if you can maintain the conviction to love each other even in the thick of it, you can retain the hope that the future will be easier. 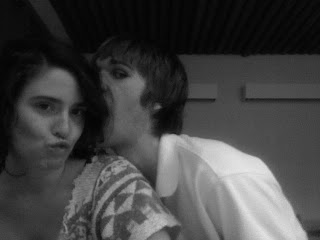